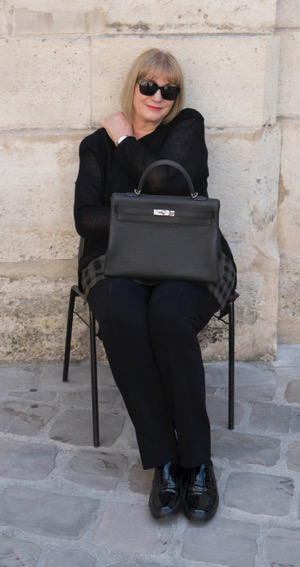 I have no idea how I have ended up doing what I did for nearly 40 years (I am no longer a full-time hotelier/restaurateur but still keep a marketing hand in my old business). To this day, I still don’t know what I want to do with my life – or, realistically, last few years.

I became a restaurateur because I loved good food, and I loved good food because my impoverished, working class mother was preternaturally interested in eating and cooking. When my husband, David, suggested we bought Hintlesham Hall from Robert Carrier I thought he was mad. He told me that if we didn’t buy the Hall I was never to mention the idea of having a restaurant again. So we bought it. We then turned it from a restaurant to a hotel with 33 bedrooms – and an 18-hole golf course.

I became a food writer because I met Delia and her husband, Michael, at Hintlesham and they liked the newsletters I wrote. They asked me to be a contributing food editor on their (then) newly launched magazine for Sainsbury’s and I continued to write two or three columns a month for about six years. I was then food editor of the Daily Mail Weekend Magazine for two years. I have won two Glenfiddich awards for food writing and have written three cookery books, The Really Helpful Cookbook; Fat Girl Slim; and Something for the Weekend. A few years ago I was awarded a doctorate by what was then the University Campus Suffolk, but is now the University of Suffolk – not even redbrick but in a great position by Ipswich’s old docks. I am very grateful for the honour, whatever. I also belong to the Society of Authors and the ALCS, and carry a donor card. You’re welcome.

I became fat because I eat too much. It’s something else my skinny childhood, slender teens and svelte twenties did not prepare me for. Frankly, the notion that fatness should be excused as a disability is scandalous. If I suffered from MS or rampant arthritis, I would feel incensed that people who can do something about their condition are to be regarded with the same sympathy and help as those who can’t. I am currently trying to get into the frame of mind that allows me to edit everything I eat. It is colossally boring and I resent it bitterly.

The only thing I have ever actively planned was to learn to drive, something which still gives me enormous pleasure and too many speeding endorsements. Formula 1 is a must-see for me and I am delighted coverage has gone to C4 (at least for this year. The presenters and pundits are so much more charismatic than the dullards on Sky). But like most semi-couch potatoes, I like watching any sports apart from hockey, badminton, rugby league and synchronised swimming.

As for interests, well the world in all its complexity interests me. Anything from politics and business to design, photography and architecture, as well pop music (indie, preferably – 6 Music is de rigueur), plants, history, restaurants and fashion – they will all get my attention.

Really don’t want to brag but they were the best

A Friday night treat when your dog nearly died but

A favourite from my Fox & Goose days, cod with saf

With Teddy (dog) being so ill, scheduled meals hav

As sunsets seem to be the image du jour (or nuit),